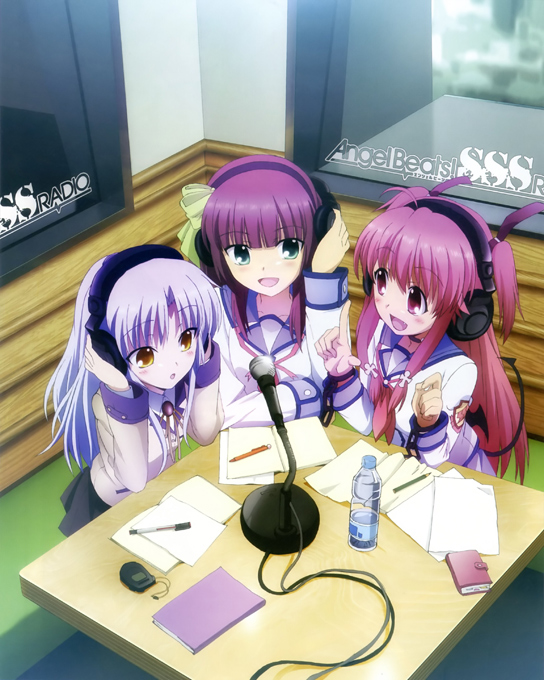 As mentioned briefly from the previous review post, i have made some changes on my AD900 headphones’ ear pads, and in addition to that a bit of a “ghetto modification ” to my crossroads headphone stand so that it no longer hard presses with the headphone ear pads. After all, the new ear pads are kinda pricey (say, almost MYR 300 ^^;) and i wouldn’t want it to get damaged by the very stand it rests on. I will be doing a bit of a review with the sound signature for the AD900 after the ear pads modification. It is highly recommended to read the previous review post before this as there are a lot of references and comparison from that post. The headphones definitely have quite a significant change considering the ear pads for the Audio Technica w5000 (wooden closed can) are very different than the pads of the AD900.

Before we begin, i would also like to share with you all a video on how to replace an Audio Technica Headphone ear pads. They should all be more or less the same so long they are full sized cans. The following video is from kuboten.com

Really informative video should you own an Audio Technica full sized headphone. The rest would be up to your own careful hands experimenting and learning experience while replacing your own audio technica ear pads.

As you may have noticed, is that the AD900 ear pads are bigger than the w5000 ear pads, very noticeable from the stretched out plastic bag that came with the w5000 ear pads. Another thing to note is that the w5000 ear pads packaging came with both left and right ear pads on a single side, and as you can see, the plastic bag can barely fit even just one pad with the other pad being placed behind the one you’re seeing in the picture above. Just the size alone should warrant a decent change in the headphone’s sound signature already in my opinion. Lastly, unlike the w5000 ear pads which are “firmly sealed” even on the insides, the insides AD900 ear pads are filled with holes lined up around the pad (which exposes the inside spongy filling if you take a closer look). This is probably to promote more air flow which allows for a greater emphasis on the AD series “airy” sound signature.

As much as i’d like to give a more detailed photography/explanation especially for the AD900 original pads as i find them rather unique, i want to sell them off to cover a bit of the cost for my w5000 ear pads, and flipping the ear pads upside down for pictures may be detrimental for its sales. As for the w5000 ear pads, it would be for obvious reason: i’m not flipping over a MYR300 ear pad risking damage to it lol.

That said, i can obviously give my best at showing a good close up shot on the ear pads after it’s being replaced on my AD900, which makes it looks rather luxurious having that genuine leather look and that luxury brand new leather smell!

To be honest, just like the previous review post, taking that photo for the AD900 headphone, is just really difficult. Albeit this is easier in the sense that i don’t have to deal with lighting/flash reflections on the AD900 aluminum honeycomb grill, this photo shoot posed a different difficulty as i do not have a proper macro lens, resulting in those unneeded blur (or bokeh, if you’re familiar with photography terms) and just simply lacking the fine details on those Spanish lambskin leather. Granted, if you zoom in close on the original 4.2k resolution picture, you can catch a good glimpse on the details, however i doubt people would want to load a 4k resolution 7MB picture, and much less zooming in to it for details heh.

Remember from the picture in my previous post? Yeah, wouldn’t want that stand to press against my new leather ear pads, potentially damaging it in the long run. So here is what i did: Blu tack, and unused foam that i got form the Hippo headphone case (refer to headfonia page for info and pictures here: http://www.headfonia.com/headphone-transporter-the-hippocase/ ) that came with my purchase. The way most of the audio technica headphones are designed, it just wont fit well with the foam (which is originally designed to keep headphones firm in place within the case). And as i can see from most Audio technica users (particularly akabane from LYN forum) that are using the same headphone case, they just remove the foam anyways as the headphone will remain firm within the case despite the lack of those foam as the headband itself is quite large to keep the headphones from moving around too much.

As you can see from a more updated picture of my setup, the ear pads are no longer being pressed against the metal crossroads headphone stand, in fact it looks like the foam it self are being pressed by ear pads instead. I’m not sure if it is exactly because the ear pads do cost quite a bit or what, one thing is certain is that i am really taking good care of it. Having dedicated micro fiber cloth to clean it, and even leather care liquid solutions to apply it every once in a while to maintain its pristine looks, feel and scent.

In general the most noticeable change towards the headphone is that it has gone from a mid/treble focus slightly towards mid/bass focus. With that said, the bass impact and weight seems to have been  improved significantly. That is not to say that the depth/frequency extension has been improved, as that is impossible with just an ear pad change, to have improvement on that would definitely require at least cable replacement/modding, or even direct driver modifications. I think the reason for the significant change is mainly how both ear pads of the w5000 and AD900 are vastly different.

As explained before, the AD900 ear pads are more loose, and even have holes lined around it to provide a much greater air flow, which would also mean air (that carries sound frequencies) will be dispersing/leaking out from the ear pads itself before reaching your ears. With the w5000 ear pads however, there are no holes at all, and the ear pads are much more firmer/stiffer, resulting in a much tighter seal between the headphones and your ear. Another pointer that was mentioned is that since the w5000 ear pads are significantly smaller than the AD900, it does cover the drivers just a little bit, which kind of creates a very slight bit of “muffled” feeling, or generally people would refer it as a warmer/darker sound signature, though probably because of this, the clarity/highs are somewhat traded off a little bit.

For a headphone that has been criticized on the lack of bass, i do think this would be a good improvement as it solves (although not completely) a flaw of this headphone.

The mids generally retain the same signature and feel, although being a slightly mid/low focused headphone now, especially drums, or bass notes that is on the mid range level definitely have more definition compared to before, even more so as they go towards lower frequencies as i have mentioned on the bass/low frequency section.

Here is the trade off i am going to point out, being a more mid/low focused headphone as opposed to the previously mid/high focused headphone, that “sparkle”, and “airy” sound signature is traded off a little. It is quite a pity especially to those that highly appreciate the AD series sound signature, especially its colored sparkle that the trebles/high notes or vocals can give off, that is absolutely moving and makes music a lot more engaging and fun.

The main reasons for the changes, as mentioned on the low/bass section, is because of the lack of holes that the AD900 ear pads had, and also a much more stiffer pad, which eliminates ease of air flow, and that definitely would be detrimental to the headphones’ airy sound signature. The reduction in the “sparkles”, or high/treble extension (somewhat) would be attributed to the w5000 ear pads slightly covering the driver surface, and most likely of the slightly increased distance between your ears and the headphone drivers itself.

There is a saving grace for this however, is that some people may find the trebles/highs harsh, which can be quite common in female vocals (especially Japanese female vocals), or some electric guitars for example, and this would be somewhat reduced or even completely solved. I have personally never felt any harshness of the AD900 trebles/highs, so it wouldn’t be that much of a difference for me, though having a warmer feel on the highs has its own merits. Lastly, there are also some people who may not like the coloration of its trebles/highs, and with the ear pads changed, the coloration (that “sparkling” sound signature) is reduced, and the headphone may actually be appealing to those who did’t like it before.

The spaciousness of the sound can be very good for orchestral music, but on the other hand, the energy of the sound does get dispersed and you can lose the focus and intensity when playing an intense piece of progressive rock.

Smaller/closed headphones tend to have a better focus of the energy, though you have to live with the “claustrophobic sound” when your music demands spaciousness, would be my personal opinion in this. That said, the w5000 leather pads definitely provides a much better seal, in which the energy of the sound would be much more in focused as opposed to before. The trade off would be a slightly narrower sound stage, though i reckon that the change would be for the good, especially if you consider the above quote from headfonia.

I have mentioned that i have serious sweating issues along with the hot climate my country has, and my computer is constantly giving off some 50-60 Celsius excess heat being an overclocked and high-end system (4 years ago at least). Having the velour pads constantly soaking up sweat, i could barely last long at all during listening sessions with the impending irritation on both sides of my head. With the new leather pads, it feels as if the headphone is a part of me now! Like the leather sorta assimilated with my own skin, exaggeration, i know, but i hope you get the idea. Unlike the previous velour ear pads, these leather ones don’t soak up sweat at all, and it has a more stiffer/puffier feel, which makes it even more comfortable compared to the sort of “loosened” feel for the AD900 original ear pads.

Another important thing to note is that some users (like myself) of the AD900 may have irritation over long listening periods due to the driver itself touching the ears, in a way, the w5000 ear pads would solve this being essentially thicker, and stiffer, furthering the gap a little bit between the driver and the ear.

Depending on what your preference is (if you prefer more treble/bright sounding, or more importantly the AD series “airy signature”) it may even be a downgrade since it emphasizes mid-low than the previously mid-high. To me i think its an improvement because low is what the ad900 or rather, the AD series (with the exception of the AD2000 as reviewed by headfonia) lacked, and improving that department, even if it meant sacrificing the highs/airy sound signature a bit, is a fair trade

credits to this review goes to the forum posts/review that i have took reference from:

special thanks to akabane from LYN forum for the recommendation and link to bluetin.com’s website for the w5000 ear pads.