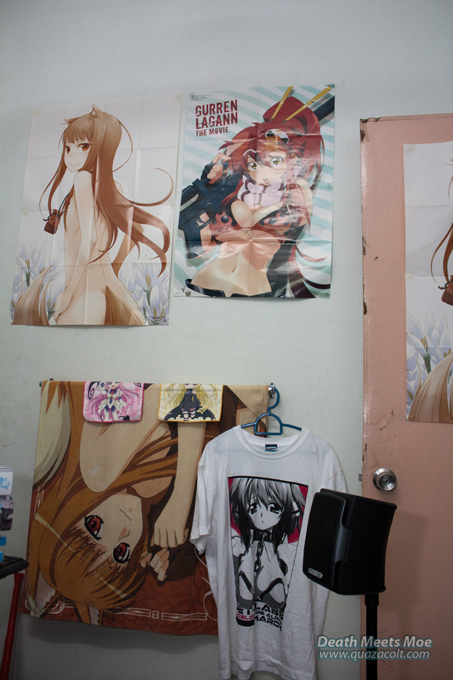 It’s been a while since the previous room post on this very site here, and the ones from Danny Choo’s Figure.fm: room, workspace, video tour. So what got me to posting this up if you may wonder? That would be this: http://www.dannychoo.com/post/en/25940/Another+300+USD+Giveaway+Rooms.html

Well, regarding that giveaway anyways, i believe I’ve passed the submission deadline, but I’m doing it anyways since its kinda half done and i just want to finish what I’ve started. I would still like to thank Danny for holding this giveaway, as without it i won’t be doing this post, and without this post i wouldn’t have my figures cleaned, or boxed up figures that were on display from Comic Fiesta opened back up to display at home, or even my bed that is a total mess especially the Horo bed sheet that is completely crumpled up in a pile instead of being a bed sheet.

Anyways it is almost 5AM as i am writing this while listening to the just released panty and stocking with garterbelt OST, so i will cut this short and just go picture frenzy with some comment if i find the need to on the photos. Be sure to mouse over each photo as i have attached some minor comment to each of them 😀

If you have checked out the workspace post from figure.fm (linked above), first thing you’ll probably notice is how CLEAN Nono gotten. Yes i have washed her up (cant use duster as the dusts already stuck onto the figure) good, hell, its the whole figure cleaning that’s one of the reasons i couldn’t make the deadline 😛 You may even check out the other figures that i display outside of my detolf (they are the ones that get REALLY dusty anyways) comparing to the workspace post. 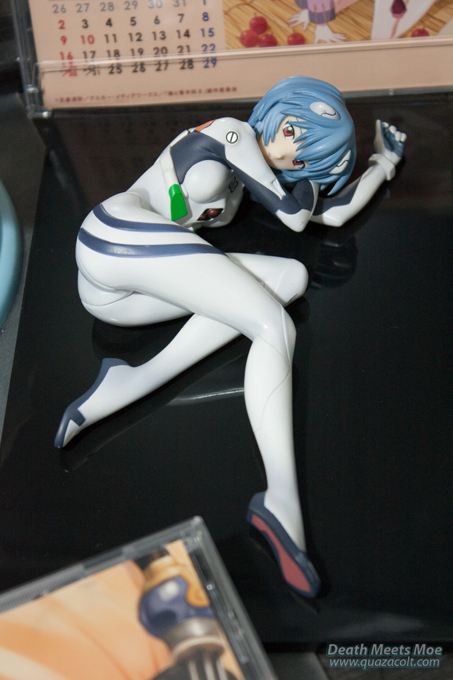 My current workspace. Not too much difference than before. You’ll notice a bunch of goodies stacked around the right ish side like that Scandal CD over there is from AFA, and various other CD/DVD/BD that i am supposed to go through them before stashing them up for good in the detolf >_< Even got Astraea’s pillow from Nyantype vol.14 on the top of that stack. Sadly it’s too small compared to my current pillow and it won’t fit 🙁

You will also notice why there is Klan Klan lying on the table like that. Well the reason for that is that her peg broked during the display at Comic Fiesta 2010. Got it epoxied, and then it broke again /sigh At this point i’ll have to epoxy it as the plastic peg can no longer support Klan Klan. The peg kept breaking on new segments as the epoxy is actually stronger than the peg itself :/ 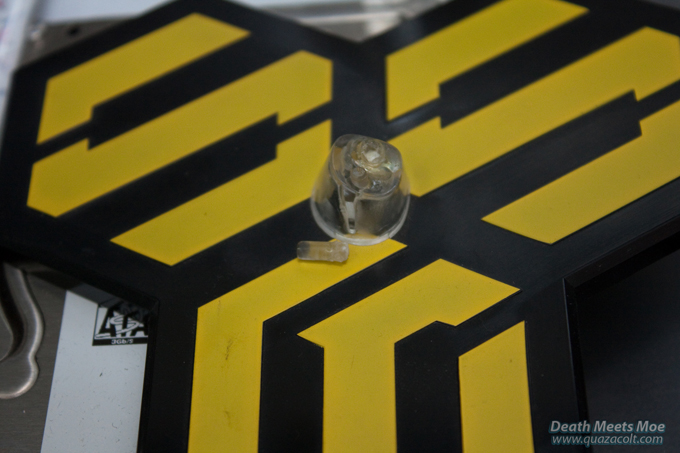 Here you see a plastic bag from Kinokuniya book store. which i just gotten my Nyantype vol.14, Horo Novel vol.3, and May’N photo-book. 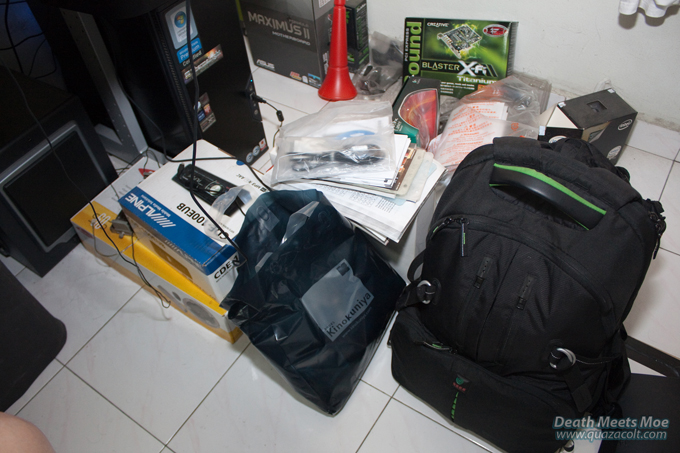 Next is my Detolfs where most of my collections are located at. You can see chibi Ikaros is guarding my H-Doujins XD Also recently gotten US licensed Spice and Wolf season1 DVD, which includes a Horo gold coin that looks pretty nice. hell, the coin is the only reason i got the DVD anyways. My most favorite figure of recent has to be Grans’ Ikaros. The wings and pose are just gorgeous! It even have a minor cast off capability and i have even shortened the joint (by cutting it, same as what I’ve done with Benisu in the past) to reduce the seam line on the abdomen. You can also see my WoW Cataclysm and Starcraft 2 Wings of liberty Collector’s edition. For WoW Cataclysm i only buy it to collect, i have already stopped playing WoW lol. And of course my favorite tapestry: Dual chain saw wielding Yandere kotonoha sama! XD 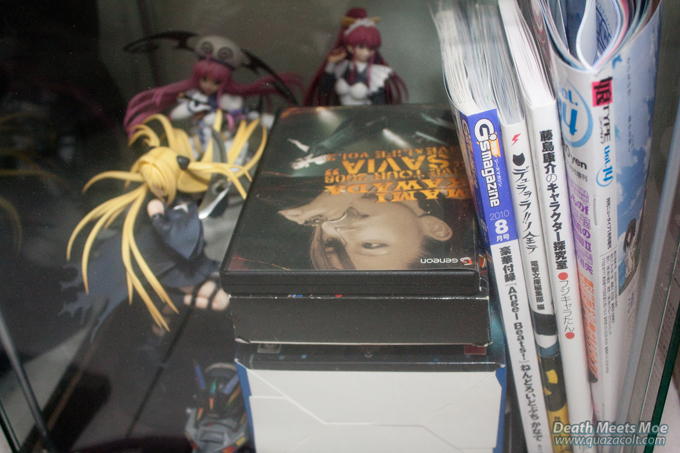 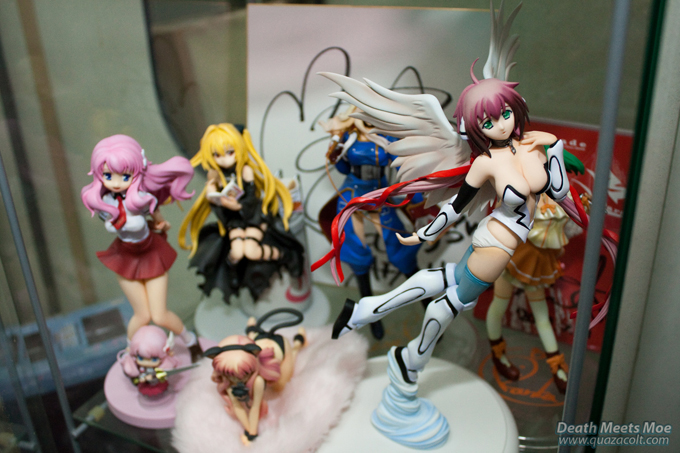 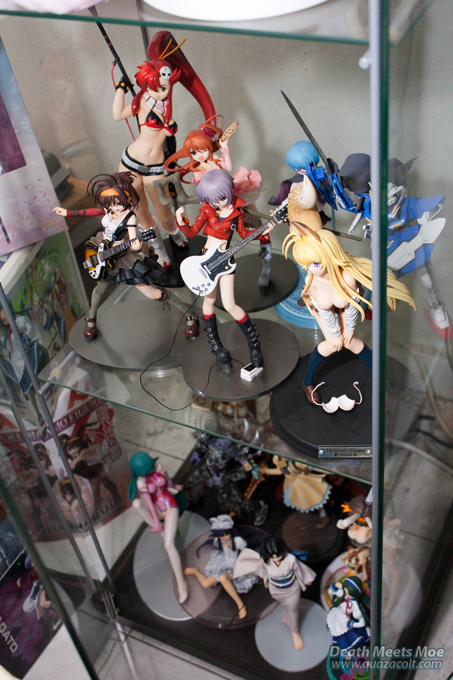 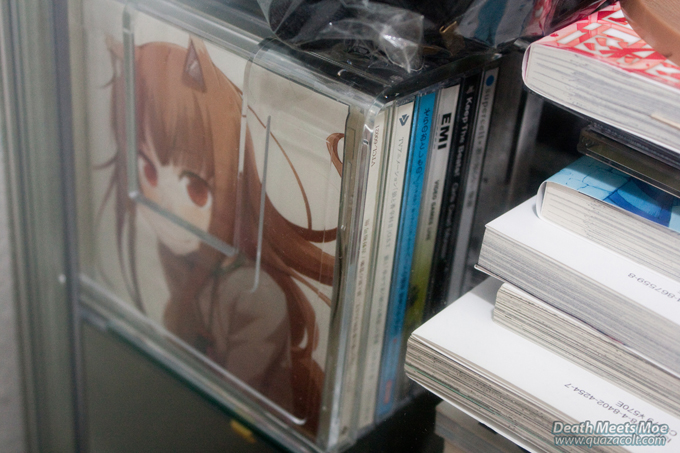 Final place would be my bed. And finally, i have the entire bed being filled with 100% anime merchandise. (i was only lacking the pillow for a while, and with Eris, it is completed) Also 2 straps from AFA 2010, and a Sora no Otoshimono tapestry that i’ve gotten earlier. 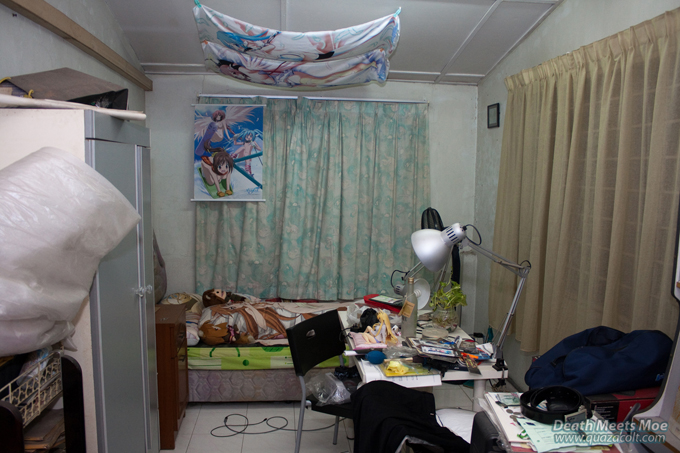 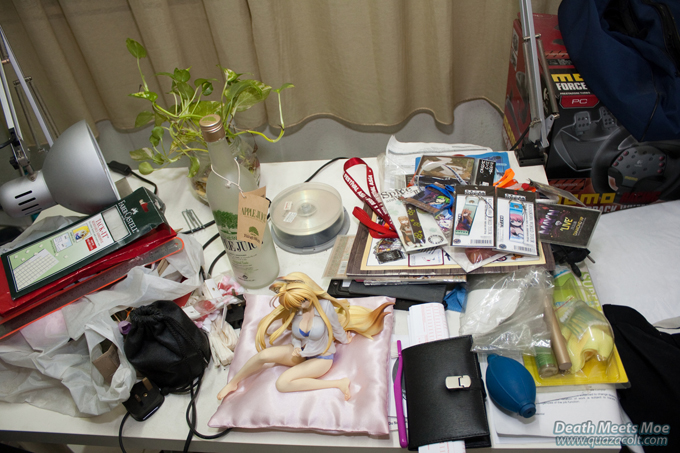 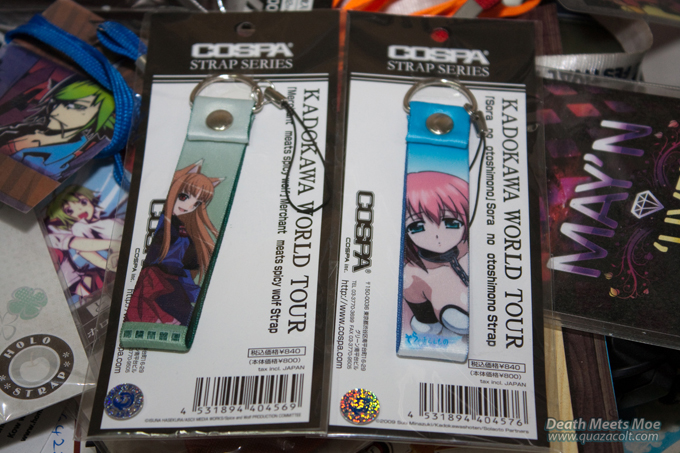 That’s it for now, thanks for watching and hope you guys enjoy my yet another room tour 😛 (yeah really cutting this short here rofl!)