“FINAL EFFINLY” is what been goin on ur mind when you see this blog title? I hope the wait wasnt too long for this “repost” (i seriously posted my room pictures a couple of times before i swear lol), or more technically an update to it 🙂

The pictures are actually taken a few days ago from this blog post, but not much had been changed since anyways. One thing to note is that i will not be having full resolution pictures for this. “Why?” you ask? Simple, shit pics, are shit. I seriously dont have the patience to snap down my room with a proper capture using tripod and what not. Even more so with the detolf as i either get noise, or flash, and ruin the damn picture since the glass cabinet would wildly reflect the camera’s flash light.

Ill keep this short (lol its 2:30AM anyways when im writing this) especially for you impatient ones. Holla to the TFM folks and again, apologies for delaying this longer than it should 😛
Without further delays, i present you, my room: 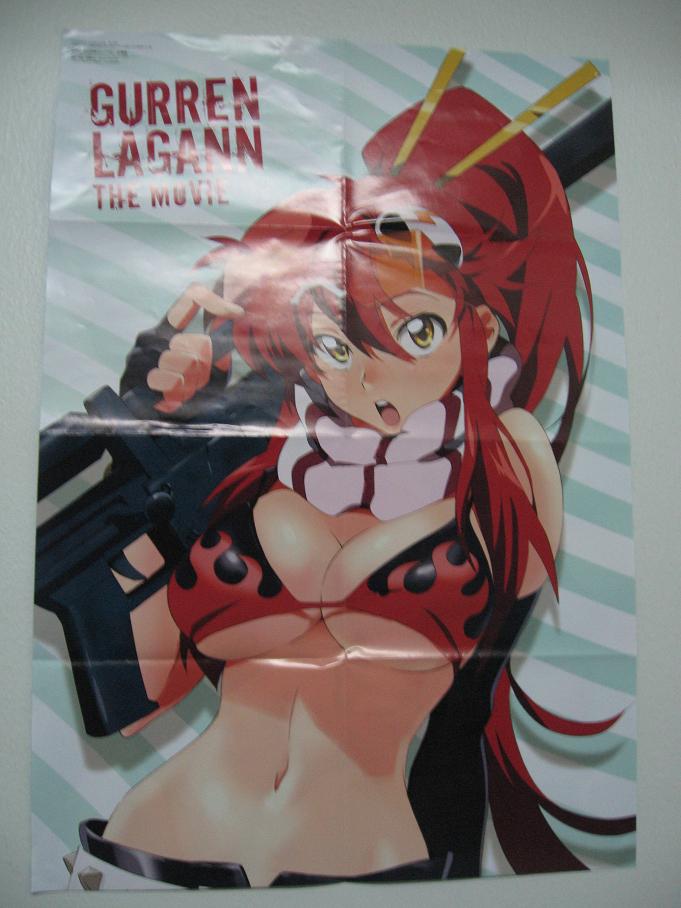 Yoko poster given to me by Sichiri (thanks again ^^)
Figured id at least take a snap at this too, ok ok my room, right!

On the slight left mid ish side, you can see my Detolf glass cabinet from Ikea, and on top of it, stack of gundam plastic model boxes along with Yoko and Enma Ai boxes 🙂
Within the cabinet, would be housing my various gundam plastic models and japanese anime figurines and to its left would be my mirror i do my sexy pose with. (ok lol maybe not)
Mid-bottom would be the table i work with my gundam plastic model, and yeah thats Dynames 😛
And on the center of the picture… yeap, you guessed it, my pc, where i write this blog with. Its open as i was installing the 8800 ultraSC graphic card that came back from RMA from EVGA USA. On its table, you can also spot the ever-so-moe Yami-chan~* thats also featured on this blog’s header image 🙂 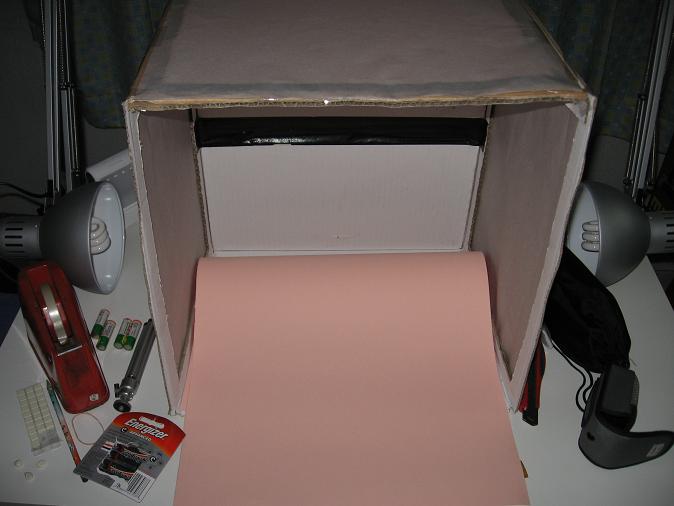 And lets not forget my Lightbox Studio! ( where the photos of Lala were taken) 😀 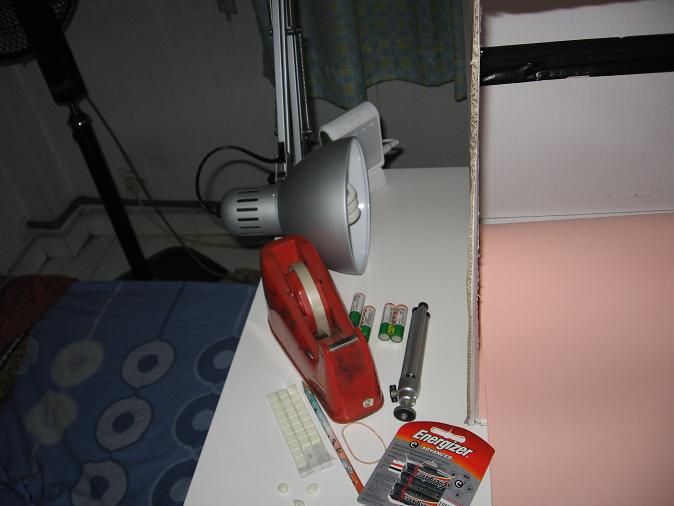 You can see some batteries, and those damn expensive rechargebles GP 2700 series along with its pretty cool looking charger (hidden behind the lamp lol). Also some tack-it, and shit tripod that came for free with my Canon Powershot A530.

Over this side, you can see the new non-shitty tripod i bought, kept inside its carrying bag.

And heres my bed XD

Im sure i wont be the first blog to blog about the newly released virtual figurine, but ill do it anyways for the sake of hopping on the hype bandwagon. As you can see from the 2 youtube videos above, its exactly what it is, a virtual figurine. Basically you have those sensor cube thingies, along with a webcam, and you get to play with your figure, in your PC! Its that simple.

If only it can be like those futuristic sci-fi stuff you see from tv or the movies, having those cube thingies projecting a holographic image directly instead of it being displayed on just your monitor. That would the ultimate win.

As for myself, ill give it a wait on getting one for myself as the price is a hefty around/over rm450. That, and it is currently in japanese language only. Installing it in japanese would be one problem, while the fact that all the controls/commands in japanese would sorta take out quite a number of fun with your new plaything 😛

If you guys noticed on the above youtube’s comments, our great faptastic country – NIPPON! (Japan) is finally allowing us to actually viola- i mean, INTERACT with our figures, resulting in a lot of nutbladder explosions. ヽ(´ー｀)ﾉ
If anything, i enjoyed a bit more in reading the comments than watching the actual youtube 😛

So in closing, heres to hoping for an international release for us moonrune disabled weaboos. And NO! i do NOT mean dub. Like, maybe subtitles or some shit, english installation and controls/commands. Thats all.

[youtube]http://www.youtube.com/watch?v=D70Hxro_agU&[/youtube]
Celex losing himself after a loss on the final match, out of very SMALL mistakes.

Now, before you guys start jumping on the gun and point fingers calling him some emo-kid and telling him to kill himself, this whole chain of event that ultimately led to this sad outcome was due to the last final match-up at the Intel ESL WoW 3.0 arena tournament and before that, numerous World of Warcraft LAN tournaments such as the MLG that also resulted in their team a second place winning. So close, yet so far just couldnt sound any better right now.

If you have been paying attention to the new patch 3.0, or watched the Intel ESL tournament that just recently concluded, it is basically a blow up gibbing fest, and for team gravitas (the team Celex [mage] is in) the last few matches came down to a mage + priest mirror fighting off each other as both team’s rogues (mirror RMP [RogueMagePriest] agains team SK-gaming europe) exchanged KnockOuts early on the game almost as quick as around 20-30++ seconds of the matchup upon engagement. In the last particular final game deciding match, 5-5 tied sk-gaming and team gravitas, celex and ely (priest) of team gravitas had made minor mistakes here and there, however, i personally think the biggest, out of those small little mistakes, is celex accidentally moved during an evocation channel, resulting him to be oom (out of mana) the entire time and being non-stop preasured without the ability to fight back. At that point in my opinion, they had already lost.

I just have to say that its a real pity that team gravitas lost that last final match, they had been together for a very long time, scoring numerous 2nd place finishes. My advice? Just stick through it, and eventually who knows, if team gravitas’ infamous RMP team might eventually take home a first place finish, not only redeeming themselves, but also a much needed american victory over the much heated argument of america vs europe in WoW tournaments, in which case europe is currently having the lead.

As for WoW 3.0 itself, patch 3.0 as we all know, had been around for a week, and its more or less a mixed feelings for almost everyone, including mine. To sum it up, its a blowup fest, everyone is dying in a matter of seconds, heavily resilience geared or not, it just gives you a couple extra seconds, or, avoid that dreaded 1 shot kill that some of the newbies are facing with the recent patch 3.0 changes.

Just like previous pre-TBC (TheBurningCrusade) release, they had patch 2.0 for the level 60s to play with and oh boy was it crazy enough. And now with 3.0 on level 70 high end gear (note: pvp gear that involves a lot of burst dmg over pve’s sustained dmg) everyone is killing everyone in a blink of an eye. My rogue had pretty much the best of the best gear minus a few not-so-crucial pieces, and i am dying to the hands of those dreaded Retribution Paladins in a matter of 1 HoJ, (Hammer of Justice) which is a ranged stun for aproximately 7 seconds. Granted retdins were hotfix nerfed pretty quickly, they are still pretty damn game breaking especially in a 1v1 situation.

Thankfully though things hasn’t gotten TOO FAR out of hand to the point where healing wouldnt have mattered. They still do, and i have been blessed to have PUG healers keeping me alive for the slaughter. An IRL (In Real Life) friend of mine, that plays a priest in WoW with the name Haruhii, was healing me earlier tonight before this post. And see for yourself the result:

Later on i also played some arenas with my guildie Spira, except that its on his retdin (Retribution Paladins), and… yeap, matches are lasting no more than 20-30 seconds after engagement LOL. I have to say, while im not entirely liking it, it is kinda fun in a way – Gib or be gibbed. You’ll pretty much only see Retdin + x (where x are usually mage/rogue)  in the 2v2 now, as any combo without immunities is just asking for a free lose. That aside, arena servers are sitll buggy, and not to mention a lot of random and occassional lag spikes/delays. Totally NOT fun having a gib fest when you need to cast Divine shield. In case you didnt know, divine shield is instant-cast, so you kinda get what im implying here, yes, really BAD lag.

We’ll just have to see how this shortly interesting 3.0 will play out before WOTLK (WrathOfTheLichKing) hits on november 13. Until next time, ill be off to catch some anime thats been pending for a bit at 1:15AM 😛
And for the folks at TFM that ive been promising my room pictures, it’ll just have to wait till tomorrow’s update. Much apologies ^^;

Ok guys, finally i have done setting up the gallery pages for your viewing pleasure. They are basically recycled images from my previous photoshootings which i have posted on TFM (The Figure Mall) so if you have been a TFM customer or are active within its figurine community, you probably already seen them. Nonetheless it will be featured on this blog site as it is also a main coverage of this blog. 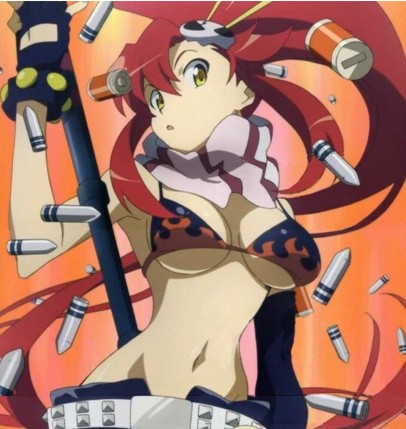 Note: Click the above images to enter their respective gallery. And as for enma ai, ive featured a cameo who is our LEGENDARY MANKOTO. In case you’re wondering: http://en.wikipedia.org/wiki/School_Days_(visual_novel)

Ok, kinda lame for a start, almost something out of  a programming course text book. But anyways, Death Meets Moe, short for DMM, is finally up and running, been through many trials and error, lots of lulz, lots of QQs, and a whole lot of blood, sweat and tears! Maybe not blood… maybe! Ok ok, i so ripped that off… probably starcraft? Who knows and who cares?

Many MANY thanks goes to Aphexdk (Jesper) for helping me out on this site, which is also hosted by him including its FTP (that i’ve been using for many many long years) be it the initial setting up, debuggings, and almost all the configurations… and lets not forget! our AWESOMELY FABULOUS- *sprinkles some fabulous flowers* DMM Header! Which not to mention, is wide screen 1680 compatible, and standard 1024 non-wide compatible too!

Special thanks also goes to the folks at TFM (The Figure Mall) for their help, feedback, and inspiration to even begin with this blog 🙂

In closing, to celebrate DMM’s grand opening, i present you, some ass kicking to our hated alliance carebears! I mean, what could get any better than to enjoy upon the misery of others? 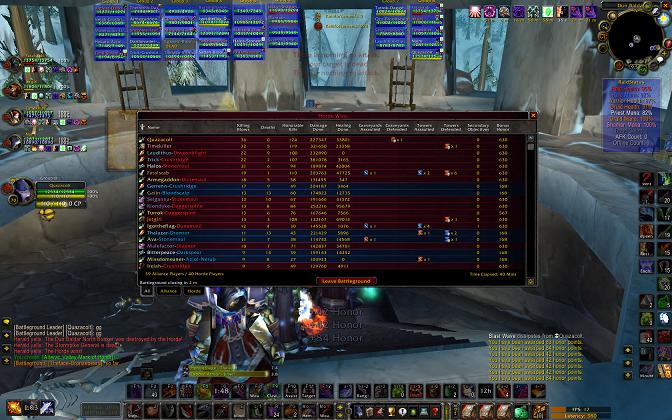 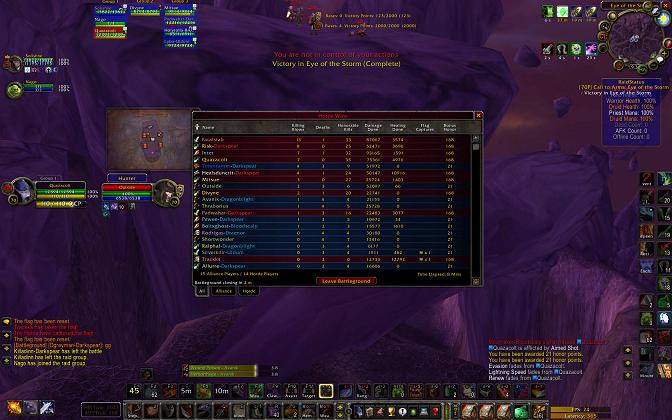 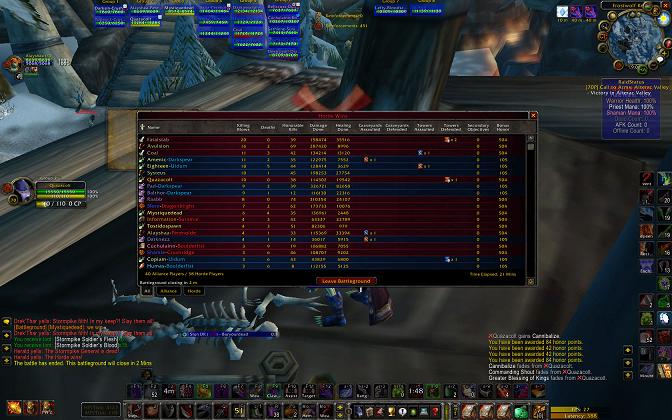 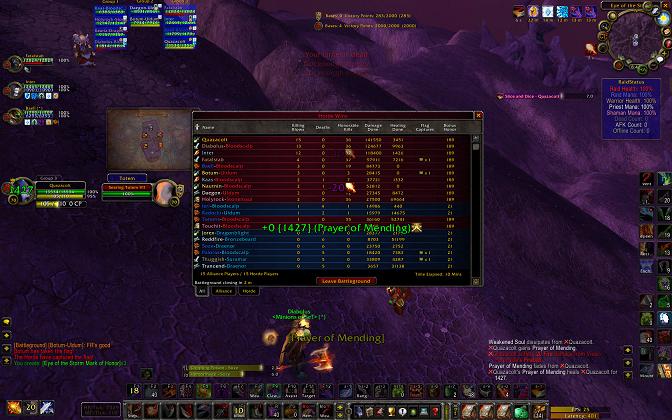 P/S: Above pics were taken late september/early october prior to patch 3.0, in before bitching at the perfect 0 death scores. And if anyone gonna comment on the FPS, i was using my geforce 7200GS while my 8800UltraSC is still RMA in the USA.